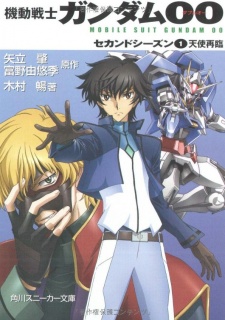 It is AD 2312 - four years after the battle between Celestial Being and the UN military. Having survived the fight for the moment, they were looking at the future of a unified world... however behind the scenes the independent Earth Federation forces, A-Laws (Arrows) were keeping the peace via brutal repression. With this false peace continuing the distortions of before, it is clear their job is not yet complete. The world requires a force for change - Double 0 Gundam!